Rise of the Runelords

A Pathfinder campaign I am running using the Rise of the Runelords anniversary edition. It's a face to face tabletop game, though since part 4 I've started using Roll20 to track a lot of the details.

Rise of the Runelords GM Notes 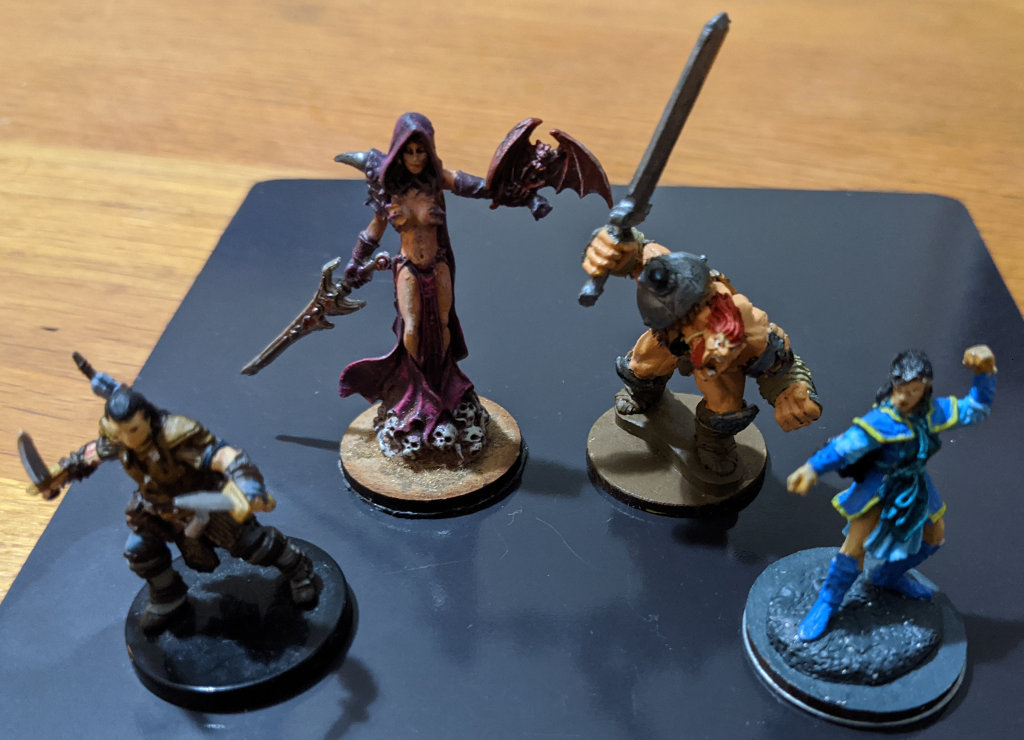 Esheire is a human sorceress, specialised in a mix of domination and fire magic. She has exceptional social skills, and relies on tattoos and jewellery rather than clothing to cover her body.

Though human, Grodok was raised by orcs. He is a fighter of exceptional strength and size, but somewhat lacking in the intelligence department.

A Paladin / Sorcerer / Dragon Disciple, Rajyx is an Aasimar. He left the party at the end of chapter 5.

A cleric of Iomedae, Sayen is a female human. She left the party at the end of chapter 5, due to the player moving away.

A cleric (Herald Caller) of Irori / Pathfinder Savant, Serena is a female Tian-sing. She joined the party at the beginning of chapter 6. She and Rajyx are played by the same player, and Serena was brought it to fill the gap left by the departure of Sayen.

A human rogue who is the group's scout and general opener of doors.