This is a Traveller campaign using Mongoose Traveller rules, and set in the New Islands and Old Islands sub-sectors in Reft. They are a small collection of star systems in the otherwise mostly empty Great Rift, made up of independent nations.

Current date for the campaign is 1106. My sessions notes for the game can be found over on my blog. 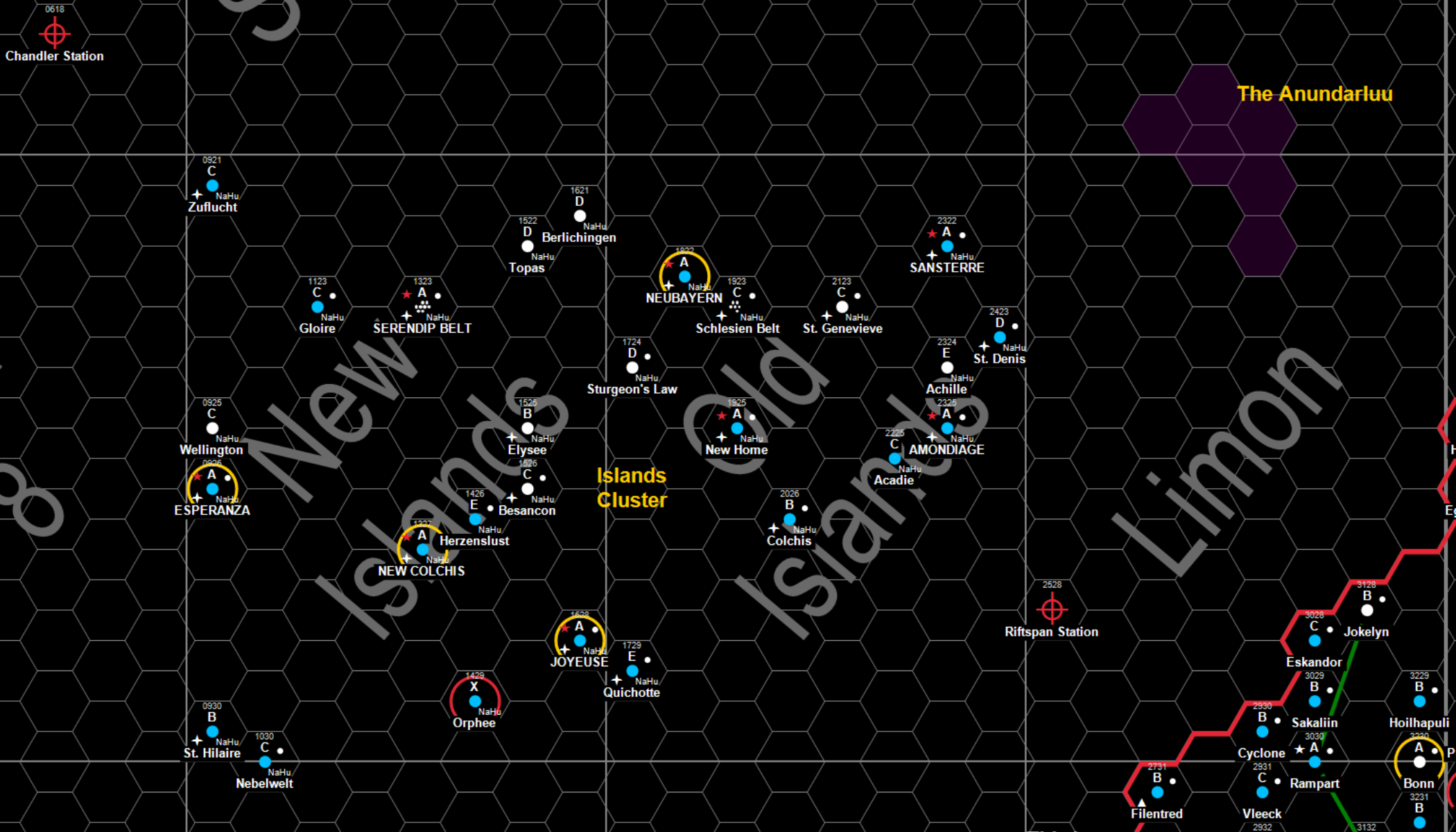 They were initially populated by STL colonists, who were handed Jump drive technology by the Imperium and immediately used it to go to war with each other. The current situation is a reasonable stable state of cold war. Trade between the nations is mostly what keeps them together.

Access to them is difficult, since the closest distance between the Islands and the Imperium is 7 parsecs. Two refuelling stations - Riftspan Station to trailing and Chandler Station to spinward provide convenient stop-over points for ships making the journey. Even then, Jump-4 is needed.