You are here: Gaming and other Nonsense

Gaming and other Nonsense

“Just the place for a Snark!”

Welcome to a collection of random pages about tabletop roleplaying and wargames, with a bit of science fiction thrown in for good measure. It contains campaign notes and chronicles for various games I've run and played it, design notes for game systems, and designs for armies and characters. Since some of the material dates back over 20 years, the style may be inconsistent.

Though there is material here for both Dungeons and Dragons and Pathfinder, it also includes Ars Magica, Traveller, Star Wars, Legend of the Five Rings, Pendragon, as well as various home brewed game systems.

Frequent updates on the games I'm currently playing can be found on my blog.

Most of the content on here is entirely original. Some of it is based on material published by other people - e.g., game content for published RPGs or Wargames.

For the Snark was a Boojum, you see.

We have started a new Ars Magica campaign, called Druids' Dale. Set in mythic Scotland, in the ruins of an old Díedne covenant. A weekly write up of it can be found over on the blog. 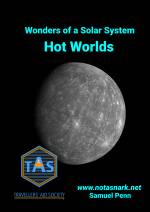 I have recently published the third supplement in my Wonders of a Solar System series: Hot Worlds. This provides a list of random world descriptions for small, barren worlds similar to Mercury.

Designed for use with Traveller, and published under the Travellers Aid Society on DrivethruRPG, it provides a D66 list of short world descriptions for use when the GM needs a quick description of an interesting world in the inner solar system.

Examples include worlds with ferro-volcanoes spewing molten metal into orbit, transparent quartz mountains embedded in the crust, and towering glaciers on the night side of tidally locked worlds.

Also included is a D66 list of things to find on such worlds - from abandoned cities to research stations and mining outposts. 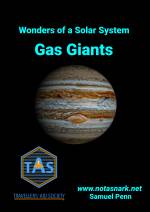 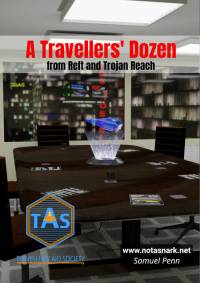